“Through my art, I strive to better understand myself and others by listening with an open heart and responding from the depths of my own. I risk putting myself ‘out there’ trusting in my intuition to guide me. To allow you to see my vulnerability, share my dreams, admit my fears or joyously celebrate my successes takes faith and courage. To choose to be ‘me’ and to speak my truth, not knowing how you will respond, is the risk I take each time I bring a human being to life in a role. I share my authentic self and speak my truth in the hope that my art will inspire and touch your heart.”

Joy, Vitality and a Touch of the Re-DICK-ulous!

A vivacious & versatile performer, voice over artist, director, writer and Designated Linklater Voice teacher, Heather brings energy, joy and a touch of humour to all that she does.

"I have learned to expect exacting preparedness, boundless energy and a willingness to try anything that informs the role. Heather's sense of fun never overshadows her professionalism. She certainly is not afraid to explore the darker aspects of the human experience and brings a zest and joy to her rehearsal and performance that is a pleasure to support." Marianne McIsaac - Director (Old Love), Actor, Acting Coach

She has worked across Canada performing in, directing or producing more than 80 shows and is a highly sought-after voice over actor whose engaging voice creates feelings of trust, respect, and inspiration. Working from her professional home studio, Heather has experience in Commercials, Animation, Video Games, Dubbing, Documentaries, Narration, Audiobooks, Accents and Dialects, and Improvisation.

When not working on film, television, commercials or voice projects, she loves the live, moment-to-moment interaction with an audience that is an essential part of acting on the stage. When directing, she carefully and respectfully interprets the world imagined by the playwright through lighting, sound, music, sets and costumes so that she and her actors can delve deeply into the text and bring ‘real’ human beings to life.

In 1989 Heather founded the Sirius Theatrical Company (Toronto) to explore a diverse range of approaches to performance outside of the traditional theatre structure. From the seed of a dream, Heather built the STC into a flourishing organization. As a part of the Toronto theatre scene for 30 years, the STC mentored emerging artists, offered professional voice and acting training, and produced critically acclaimed multi-disciplinary and multi-cultural performance pieces that integrated acting, dance, photography, music, visual art and spoken word.

Heather and the STC were the recipients of several cultural grants to develop new works including: the Government of Canada Canadian Heritage 1812 Commemoration Fund (Forgotten Voices); the City of Toronto Cultural Hotspot Signature Partnership program (My Lakeshore, My Home); and the City of Toronto Culture Division - TO Live With Culture program (Tapestry of Dreams/Dreamweavers). In 2013, Heather and the STC were presented with the GEM of the LAKESHORE Award - Culture & Recreation for their work in “promoting arts and culture in the Lakeshore/Mimico community of Toronto”. Heather, herself, received the Lakeshore Arts organization’s Impact Award in 2015 in “recognition of making continuous positive change and using the arts to engage and strengthen” the Lakeshore/Mimico community.

As a writer, Heather has been published in two anthologies and is the winner of the Joseph Smrdelj Short Story Contest 2017.

Heather’s work is rich, instinctual and vibrant with a touch of the Re-DICK-ulous! 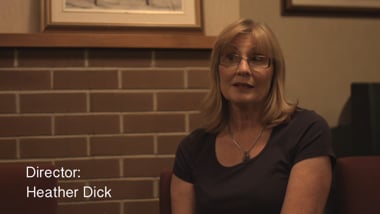 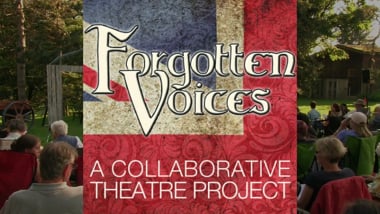 Who Am I This Time? | Doris (Supporting) | Tarragon Extra Space | Toronto

Once On This Island (Musical) | No Strings Theatre | Toronto

Into The Woods, Jr. (Musical) | No Strings Theatre | Toronto